A tribute and Thank You to James Taylor

A collection of heartfelt stories from fans around the world that reveal the many ways that James Taylor and his music have touched his listeners.

From seeking solace and healing through songs dealing with death and grief, to riding the waves of illness and recovery, to experiencing the sheer joy of seeing James in concert for the first time (or the fiftieth), these stories are full of hope, love, and friendship. 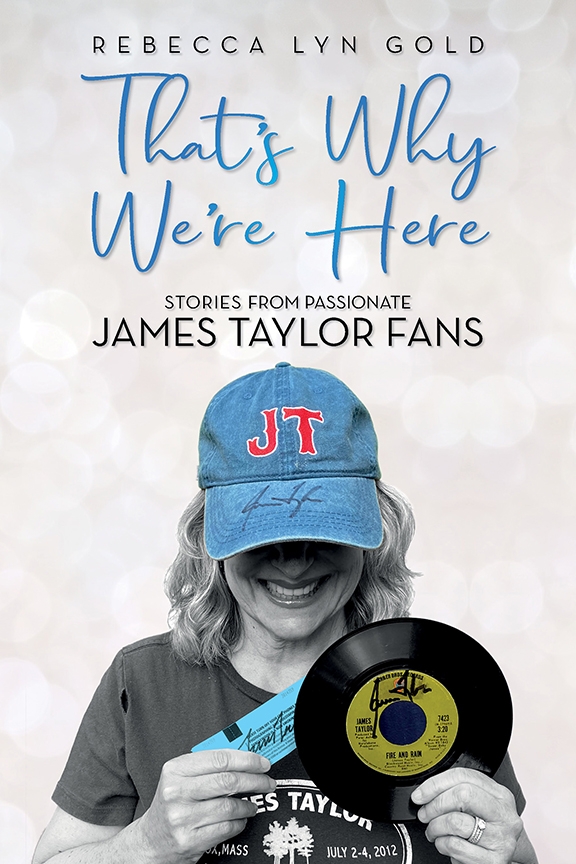 What the readers are saying 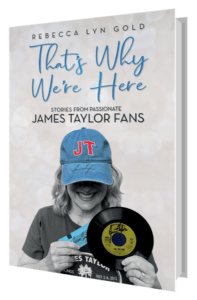 or most online retailers

There’s really no other songwriter whose work touches the soul like James Taylor’s does. There’s an authenticity, a human connection that’s undeniable. Today, more than five decades after the release of his debut album, James Taylor is still on the road and touching the hearts of adoring fans worldwide. His song “That’s Why I’m Here” is a dedication to his fans who “are like summer coming back every year.”

Rebecca Lyn Gold is one of those millions of super fans who credits him with turning her life around during a traumatic point in her teenage life. Her story is not unique. The stories collected here from fans around the world reveal the many ways that James Taylor and his music have touched his listeners.

There are stories that center around pivotal songs for dealing with death and grief, shepherding fans to the other side of healing, as well as stories from couples who first met thanks to James’ music, along with more than one superfan parent who named a child after James. Stories of hope and love, stories of riding the waves of illness and recovery, and stories of sheer excitement and joy after seeing James in concert for the first time, or the 60th.

This anthology is a tribute and a “Thank You” to James Taylor, as well as an affirmation of our common humanity.

After all, that’s why we’re here.

You need to be part of this!

A place to gather and share stories of how the music of James Taylor has enriched our lives.

Rebecca is an author, editor, and the founder of Yogic Writing™ a practice that utilizes the philosophies and disciplines of yoga, meditation, and journaling for writers of all levels to heal, reveal, and leave a legacy through writing life stories.

She is the author of Till There Was You: An Adoption Expectancy Journal, A Wizard Called Woz: a biography of Stephen Wozniak, How To Write It Funny with author/humorist Amy Koko, and From Your Mat to Your Memoir: Creating a yogic writing practice to find and write your life stories.

From the early 1970’s when Rebecca first heard the song “Fire And Rain,” James Taylor has been a source of inspiration and healing throughout her life.

Get an autographed copy of “That’s Why We’re Here: Stories of Passionate James Taylor Fans” to send to your JTBFFs! 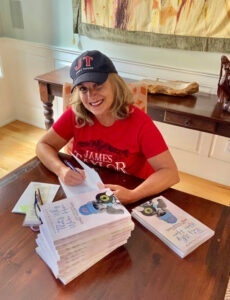 Get in touch with me

Do you have a story to contribute? A media inquiry? Do you want to say hi? I want to hear from you! I love to be close to my readers!